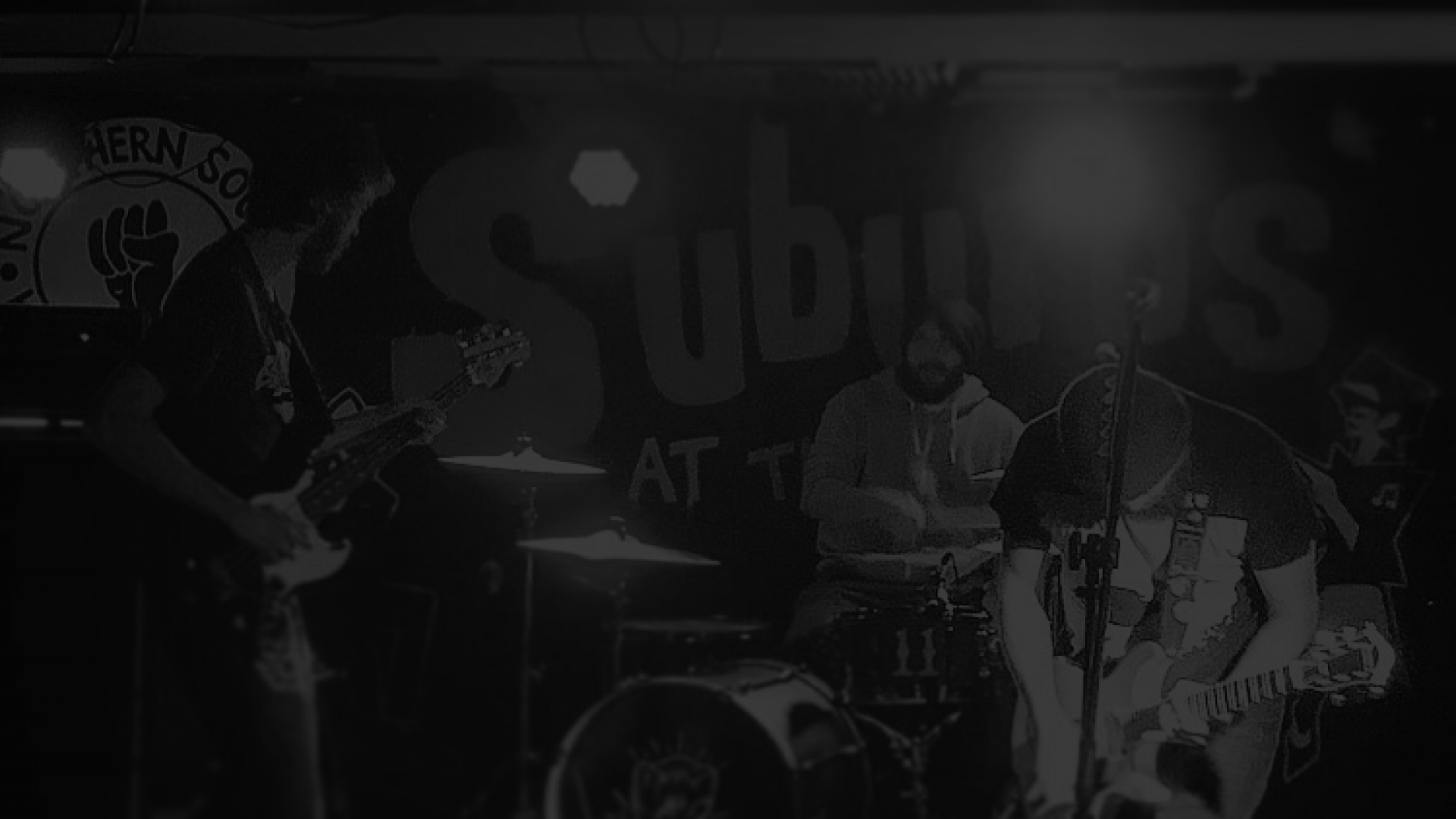 My Latest Failure was formed in August 2017 by Chris Underhill & Andy Hale. Chris & Andy were previously in a hardcore band together called Under Dead Stars. Jamie Boyle joined as Drummer in September 2018.

Quickly after Jamie had joined the band, they performed their first gig. On 18th November 2018 My Latest Failure opened the first ever Sunday Tea Time Hardcore, at The Suburbs in Guildford, UK. They ended the year with the recording of Failures Vol: 1 in collaboration with newnoisestudios.com.

Failures Vol:1 was released on 11th January & had a good reception from the Punk & Hardcore scene. The EP was available on all major digital platforms including Spotify & Apple Music. It was also given as a free download on the My Latest Failure Bandcamp. A lyric video was made for Lies, Story Of The Year & Our Latest Failure and later a Live Music Video for their song Leech appeared on YouTube.

After spending some time in Airplay Studios, My Latest Failure posted a demo Voices onto their Soundcloud on 11th April. Voices had an unexpected reaction and made the Soundcloud Hot & New: Alternative Rock Playlist.

On Sunday 5th May, My Latest Failure opened up the Svetlanas show at The New Cross Inn. This was the bands 2nd show & was one to remember. They played 10 Songs with Chris dropping 5 plectrums, accidentally pulling out 2 guitar cables & unpredictably throwing his guitar at the end of the set.

A demo version of Demons was uploaded to their Soundcloud on Thursday 18th July ahead of their show in Islington. Demons was recorded live at Airplay Studios & had a good reception, listeners commenting on the “crisp & crunchy guitars” & “cool live energy”. On Friday 19th July Demons made the Soundcloud Hot & New: Alternative Rock Playlist, this was the third track to make the playlist this year.

Saturday 20th July My Latest Failure played at The Islington (1 Tolpuddle Street). The high energy performance impressed & bagged them their first ever review. “Screaming vocals, Pulsating drums and sublime bass work” & “Gave it 110%” where a couple of comments from the review.

August showcased two shows within a week of each other, it’s the first time the band had played two shows in the same week. First up was the Sunday Tea Time Hardcore all dayer on Sunday 11th August, this featured 11 of the best bands in the scene, including Local Mad Man, BKS, Weaponry, The Freudian Sessions & more. My Latest Failure played a storming set which impressed a couple of the bands which landed them an invite to a show in Reading by The Freudian Sessions. Thursday 15th August quickly came around and My Latest Failure were off to play at Hippy Joe’s Punk/Alternative Night in Basildon with friends We Punch Tigers and The Fishes & I. On arrival the band soon found out that they were headlining the evening, this would be the first headlining show My Latest Failure have ever done, it was a buzzin’ night for the band who closed the night.

Saturday 7th September My Latest Failure opened up the Don’t Believe The Hype Fest 3 in Kingston. This was their first local show which featured Local Man Man, Sonnet 13, Hope Through Hostility, Last Orders, Injury Time & Divide GHC. The week leading up to the show Jamie pulled a ligament in his arm & was unsure of he would be able to play. Jamie decided to adapt this playing style so he could play the show and he nailed it!

October saw another two shows, the first was at The Phoenix Bar in High Wycombe on Sunday 13th October. My Latest Failure played alongside DeathWarrant, Weaponry & Fangs courtesy of CRB Promotions. This was the first time the band had meet up since their gig in September and the set was shorten as Chris broke a string. Chris continued to play the set right to the end with no top sting apart from one song, Bad Dreams. Their set got a good reception and it was also a running joke on social media with Weaponry saying “My Latest Failure owe us a slow song because they broke a string and couldn’t play it” they continued to say “they actually ploughed on with all their other tunes and pulled it of though! #Skills”.

A week later, Sunday 20th October My Latest Failure took a trip to The Lion in Bristol to support Free Sergio on their European Tour alongside local boys Disruptive Influence. It was a night to remember, with Chris accompanying Disruptive Influence on their encore song Territorial Pissings (Nirvana). A great first impression of the Bristol Punk scene.

On 22nd November, My Latest Failure’s new single Disappointment was finally released in collaboration with newnoisestudios.com. Disappointment was recorded between April and July but due to unforeseen events was delayed until November. Disappointment received a good reception from the Punk & Hardcore seen, being described as “Definitely your best work…I can’t decide if it sounds like sick of it all trying to be good riddance or the other way round with consumed thrown in the mix”, and “Absolute fucking banger”. Disappointment was also premiered on the Uncle Pete Show in America, and has since been played on Punk Rock Demonstration Radio, The Jeff of the Future Show and was added to the Ear Nutrition x Krod Records Spotify playlist, ‘Fresh Ear’.

On Friday 29th November, My Latest Failure played their last show of 2019 at The Facebar in Reading with The Freudian Seesions, Sore Teeth & Weaponry. This show was known as a “Friend Fest” as all four bands had played together throughout the year. What a show it was, it was a celebration of what was achieved over the last year with what Chris claims as their best show yet!. metalnoise.net reviewed the show, saying that My Latest Failure… “specializing in “Screamy, Shouty & Rough Around the Edges” music with catchy sing-a-long choruses… And you’ll never guess what?! They deliver exactly that! Songs like new single “Disappointment” and “Leech” are great fun with riffs a plenty and when you find yourself singing a long to the second chorus, you can’t go wrong!”.

December 6th, My Latest Failure dropped a lyric video for Disappointment on Facebook & YouTube. Alongside the Lyric Video, an alternative version of Disappointment was released on Soundcloud. Later that week Disappointment made Soundcloud’s Hot & New: Alternative Rock Playlist, this was the fourth track to make the playlist this year.